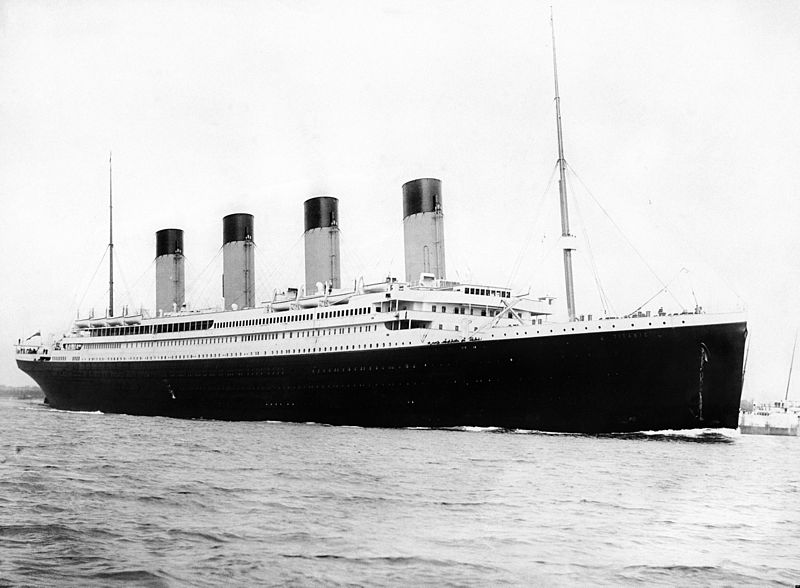 106 years ago – April 14/15, 1912 – one of the most tragic failures in the history of government regulation played out in the North Atlantic Ocean, costing around 1500 people their lives.  The ocean liner RMS Titanic, the largest ship afloat at the time, struck an iceberg in the Atlantic Ocean not far from the coast of North America and sank a little under three hours later.  The death toll, which was the largest for any sea disaster since 1898, stunned the world and led to many asking the question: ‘Why? Why such a huge loss of life?’  It is a question very worthy of being asked.  With how long Titanic took to sink (almost three hours), there should have been more than enough time to get all of the 2,224 people on board off and into lifeboats.  So why the great loss of life?

RMS Titanic nearly collides with the SS City of New York. The incident, which took place at the beginning of Titanic’s maiden voyage, was looked upon as a warning of disaster to come.

The answer lies in a problem many historians have only given passing reference to and often have dismissed out of hand as being “just one of many different factors” in the Titanic disaster.  The Titanic carried only twenty lifeboats: sixteen regulars and four collapsibles.  Government regulations on ocean liners regarding lifeboats only called for sixteen lifeboats on vessels over a certain tonnage.  As it stood, the Titanic and it’s owners, the White Star Line, were fully in compliance with government regulations.  However, by adhering merely to what the regulations required, around 1500 people were condemned to their deaths on that frigid April night.

Government regulations stifle forward-thinking prospects on the part of businessmen.  By taking the responsibility for safety out of the hands of the innovators and into the hands of government bureaucrats, a scenario is always created which is a ticking time bomb.  Accountants are given justifications for unsafe cost-cutting recommendations in their financial estimates on projects.  The innovators and builders are left without incentive to go above and beyond in their plans because they think the government regulators have already done their work for them.  In reality, the regulators are usually more administrators than innovative thinkers and therefore unlikely to see the ramifications going forward.  As times and circumstances change, regulations are often left in the wake and become ripe for obsolescence and abuse and that is when the scope of the tragedies brought on by them increase in scope and magnitude.  Thus government regulations give a false sense of security with their presence and only lead to unintended and sometimes tragic consequences.

All of these things were true in the case of the Titanic.  In a telling analysis made on the 100th anniversary of the tragic sinking, it was discovered that the White Star Line deferred judgment on how many lifeboats to put aboard to the Board of Trade and their regulations.  This was the most tragic of all the errors which befell the ill-fated ship.  Since the regulation number of lifeboats could not hold all the individuals aboard the Titanic as she sank, hundreds died in the frigid waters of the North Atlantic that night when they could have been saved had there been enough lifeboats.  This government failure thus turned an unfortunate accident into one of the greatest maritime disasters of the 20th Century.