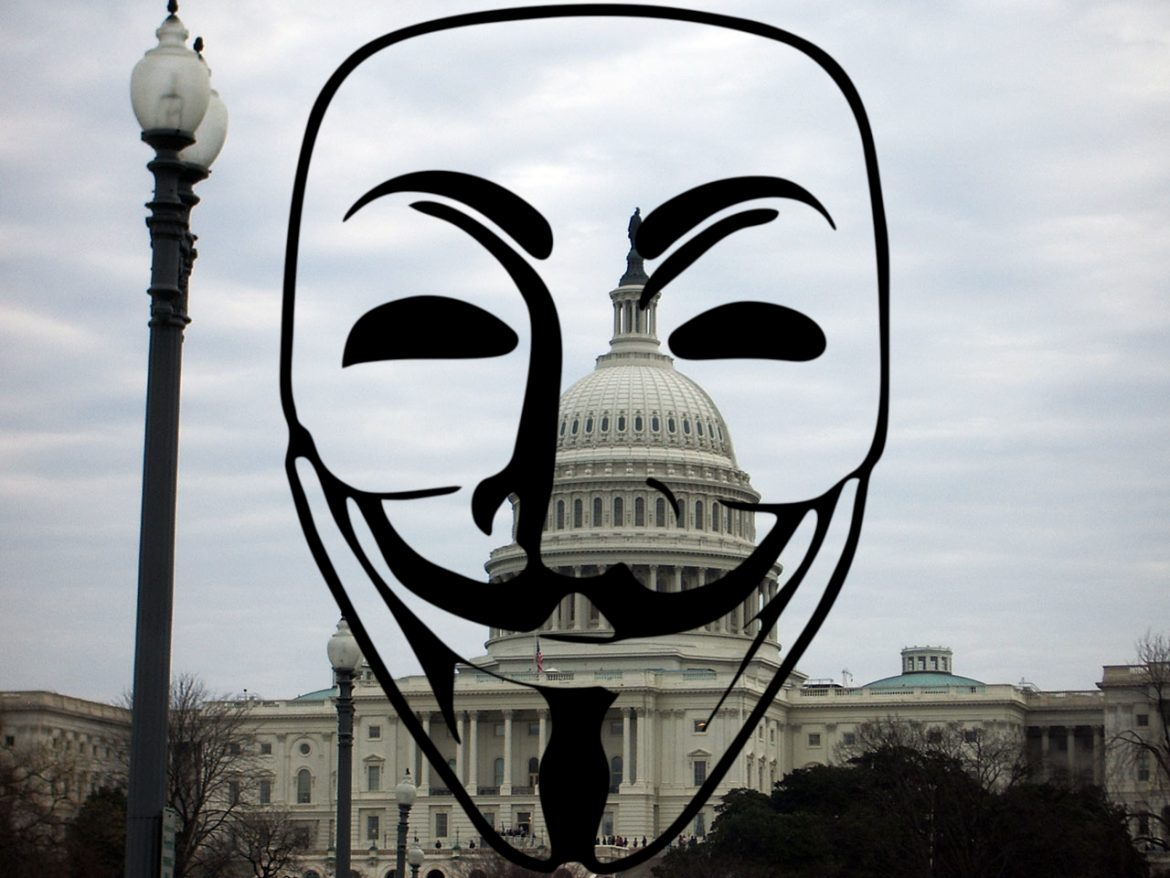 The events of January 6, 2021 in America bear disturbing resemblances to an event in English history that was used to disenfranchise a whole class of people and which is commemorated in Britain every November 5...

Rumors swirl of a sinister plot to overthrow the government and put new rulers in place. The conspirators are ‘caught’ and the plot is exposed. Public hysteria breaks out among certain classes and punishments are handed out without regard to actual proof of guilt or the rule of law. If this sounds familiar, then perhaps one might begin to understand the dangerous position America now finds itself in. This very scenario unfolded over 400 years ago in America’s close relative, Britain, at a pivotal point in its history.

The Gunpowder Plot of 1605 was an alleged plot by disenfranchised Catholics in Britain to blow up Parliament and kill King James I in order to take over the British government. The plot was discovered when a suspicious letter sent to a Catholic member of Parliament prompted an investigation of the Parliament building. The resulting search exposed a room filled with gunpowder guarded by a man named Guy Fawkes who was quickly arrested and tortured. Fawkes confessed to being part of a plot instigated by Catholics to kill the King and Parliament and was executed. The resulting hysteria resulted in a re-ignition of the persecution of Catholics in Britain which had slackened following the death of Queen Elizabeth I. Today the people of Britain commemorate the foiling of the Gunpowder Plot by celebrating ‘Guy Fawkes Night’ yearly on the fifth of November with bonfires and fireworks displays.

However some historians have raised significant questions about the commonly told story of the Gunpowder Plot. New studies of the evidence has led many to believe that the Gunpowder Plot may have been an elaborate ruse. The belief among those who hold this view is that several influential anti-Catholics in the English government of the time, led by King James’ chief minister Robert Cecil, a holdover from the reign of Queen Elizabeth, were perturbed by the king’s lack of commitment to continuing the persecution of Catholics. Using Fawkes as the proverbial ‘patsy’, they staged an elaborate plot which today we would call a ‘false flag’ operation, to re-ignite the anti-Catholic hysteria and to turn King James irrevocably against Catholics.

If the Gunpowder Plot was indeed set up by the English government, then the success of this ‘false flag’ operation was likely beyond the wildest dreams of its instigators. Not only did it achieve all of its immediate goals, but it established within the English culture a yearly commemoration where disdain and vitriol towards Catholics could be observed and re-ignited. So powerful was this practice that, during the American Revolution, George Washington would find it necessary to forbid the commemoration of Guy Fawkes Night in order not to alienate those Catholics serving the American cause.

Fast forward to January 6, 2021 and a very similar set of suspicious circumstances are suddenly unfolding. On that day supporters of president Donald Trump assembled in Washington DC to support Trump’s wish for an investigation of a number of suspicious aspects to the vote counts which took place during the November election of 2020. At no time during his speech did Trump ever call for violence; indeed he later discouraged it, though the evidence of this was quickly scrubbed from being readily accessible on the internet. However, as Congress met to debate, reports came out that people waving Trump memorabilia were ‘storming the capitol’, that the Capitol Building had gone into lockdown, and that members of Congress were being evacuated. Hysterical reports came in of a shooting, pictures were shared of protesters inside the capitol and in the chambers of government. With this news came fast-breaking reports of prominent individuals disavowing the violence and condemning Trump and his supporters for engaging in such behavior. By the end of the day pressure had ramped up so much that many members of Congress who had planned to join in the debate over the election results publicly announced that the storming of the capitol had changed their mind and they would no longer engage in objections.

The denunciation of Trump and his supporters in the aftermath was almost universal. Efforts were quickly formed to remove Trump from office before the end of his term and to disqualify him from ever holding or running for office again. Proposals were made to remove the right to have a job or own a business from those who were known to be Trump supporters. Frighteningly, some have even spoken in totalitarian terms about ‘cleansing’ Trump supporters from America; a motif often seen used in Communist, Nazi and Fascist tyrannies to justify repression and even mass murder.

A similar sequence of events unfolded in January 2019 when high school student Nicholas Sandmann was rapidly and universally condemned across party lines and ideologies for allegedly confronting a Native American in a disrespectful manner. Only later, and with much strenuous effort, did the real story emerge that the Native American was the aggressor and that Sandmann had done nothing to warrant his condemnation. Yet in spite of the revelations, retractions, and ensuing defamation lawsuits and their settlements, Sandmann’s name is still vilified in certain segments of America as evidenced by the hatred with which he is referred to along with disturbing promises by certain staff at his university to keep him under surveillance.

The parallels between the immediate public response to the Sandmann incident and the Capitol Hill storming are uncomfortably close. The universal and rapid condemnation and the pressure extended across ideological boundaries and public professions to make a statement concerning it, points to another massive disinformation campaign by those seeking to benefit from it. The groups pushing the violence at Capitol Hill narrative understand, as they did in the case of Sandmann, the importance of first impressions and images. They wish to instill into the minds of all generations currently living the image of Trump and his movement as being a dangerous group obsessed with power and so discredit this movement and the image of a free America forever.

However, as with the Sandmann case, a very different narrative is beginning to emerge. Photographic and video evidence now seems to indicate that the storming of Capitol Hill may have been an elaborate false flag event to try and accomplish this goal of turning people against Trump and his supporters and allies once and for all. Videos have emerged showing Capitol police all but inviting the protesters into the Capitol and directing their entrance into the building. Photographic evidence has been displayed linking certain protesters to Antifa or showing their presence at previous BLM events. There has been a positive identification of a BLM leader inside the Capitol during the time the Capitol Building was occupied and a follow-up investigation has revealed he set up an Antifa gathering near the Trump rally and later encouraged people to enter the Capitol Building. Certain other individuals arrested after the storming have been identified as anti-Trumpists. Even congressmen have come forward with claims that they had been warned about possible Antifa plans to impersonate Trump supporters and storm the capitol building. While not all rumors are true, the mainstream media and Big Tech’s suppression of facts and flurry of lies makes for rampant disinformation; a very beneficial setting for a possible false flag event.

The hate-filled vitriol directed towards Trump and his supporters and allies now seems to be morphing into a concentrated effort to silence and ruin them. January 6, 2021 was very likely America’s Guy Fawkes Day; a day where a cabal of totalitarian elites sought to attain permanent dominance over their adversaries through a public image stunt. However, unlike in the 1600s, the Information Revolution brought on by the Internet appears to be already unraveling the narrative. This means that America may be spared the long regime of suffering endured by British Catholics following the Gunpowder Plot. Whether that proves to be true or not will depend on the wisdom, awareness, and courage of those who still believe in the principles of America’s founding fathers.