On This Terrestrial Ball > History > The Social Media Revolution 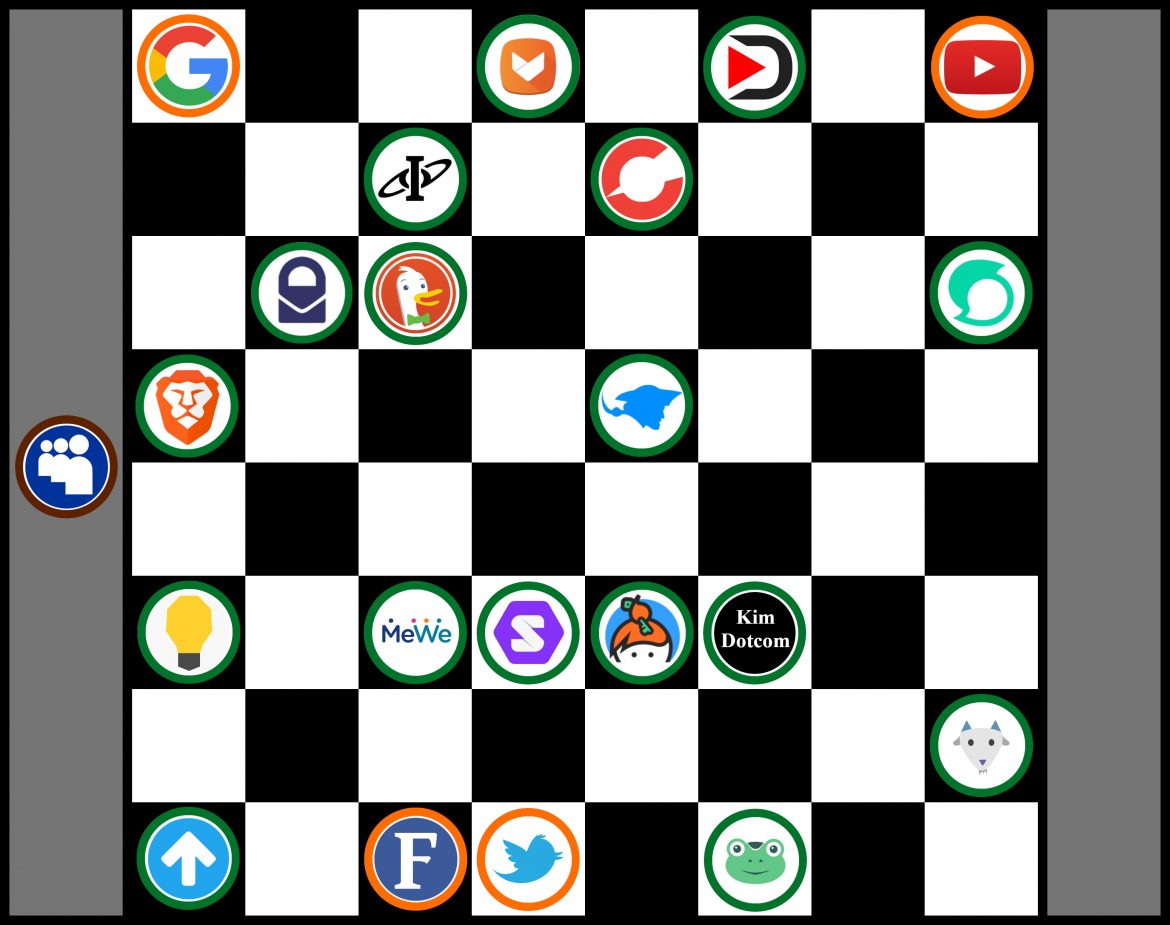 This is Part 3 of a three article series on the social media upheaval. We recommend first reading Part 1 and Part 2

When corrupt dominant power structures come to the end of their reigns, there is always a fight as they fall.  Many different factors and factions become sucked into the vacuum created by the collapse.  The reigning power will descend to battle with these factions, each one determined to come out on top in the ensuing struggle.  A struggle which can only be described as a revolution.  In this case, a Social Media Revolution.

What is the Social Media Revolution?

A revolution is always a long and messy business.  Even the American Revolution–which gave birth to a stellar example of freedom for a little under 200 years–ended in a country so structurally and economically wrecked that it took decades to rebuild and stabilize.  The social media revolution will have a similar result.  The world of social media on the internet will be a sea of wreckage.  Many will be lost to wrong choices and bad gambles on which social media platform to support.  The significant sufferers will be those who stay attached to the social media monopoly.  Those who do so fail to understand the basic principles of economics, namely that businesses which violate the wishes and trust of their customers cannot avoid bankruptcy and collapse.  The social media monopoly has failed to understand this.  Thanks to the monopolies’ intoxication on success, their ultimate failure or neutralization is assured.

The real beneficiaries of the social media revolution will be the alternative social media.  As they respond to the needs and desires of current and potential customers, they will grow their niche in the world of the internet.  The question is which platforms will replace the current social media monopoly.

Trying to predict the answer to this question is impossible.  When the social media world was launched in the early twenty-first century, no one could have predicted the sudden popularity of Facebook and Twitter and the resulting plunge of MySpace and several user-based forums.  No one could have predicted Google becoming the dominant search engine.  By this same token, no one can predict which alternative platforms will rise to become the dominant players or whose platforms will survive the barrage of activist attacks and government pressure.  It will be risky for users to take a chance on which platforms to support. But risks are facts of life we must accept boldly.

How social media users can participate in the Revolution

In any free market solution to a monopoly, everyday users and customers provide the necessary pressure to propel a forward change.  So how can users participate in this particular revolution?

Quitting the social media monopoly platforms should be a gradual process.  Followers will not instantly transfer to the new social media platforms, and no one expects it of them.  Many people have never even heard of the alternative social media platforms.  It is better to introduce your current base of followers and customers to these new platforms by advertising your own personal or business page and the benefits and incentives you have found by switching to the new platforms.  This will require a consistent flow of reminders on your monopoly-based pages but, over time, your followers will adjust.

The end of the Social Media Monopoly

The monopoly’s end will most likely not be a quiet one.  There is already talk of restricting the use of social media platforms to certain individuals who follow a certain line of thought.  The social media monopoly is also attempting to shut down their competitors by spreading falsehoods or supporting attacks against them.  The attacks against Gab and later against BitChute in October and November of 2018 were just the skirmish line.  This is a real war and the monopoly and it’s government overlords are preparing for battle.  There have been DDoS attacks against many of these platforms over the past several months, and Facebook has begun to label links as “spam” or “inauthentic” which lead to alternative platforms like Minds and MeWe.

What will the final end of the social media monopoly look like?  As with all future events, it is impossible to tell with any reliable accuracy.  If history is to be a guide, however, it will presumably go one of two ways.

In the first instance, the platform’s business model will become unsustainable.  This will result in the bankruptcy of the company, the sale of their assets, and the assimilation of the former platforms by other platforms or companies into a larger network.  Elements of the platform would still be seen around, but it would cease to exist as an independent entity.  It would become a legend of the past like Blockbuster stores or VHS players and tapes.

In the second example, the platform would survive and still make some money.  However, it would no longer be a dominant byword among social media users.  It would fade into irrelevance and disuse, much like MySpace.  A small minority of users would still be able to be found using the platform, but it would generally be regarded as ‘yesterday’s news.’

It rests with us: the enforcers of the free market

Neither result will happen overnight.  The best possible end to the social media revolution will take patience and support from all social media users who believe in free speech.  As Thomas Paine wrote in his epic pamphlet which inspired the American people in the darkest hours of the American Revolution:

“Tyranny, like hell, is not easily conquered; yet we have this consolation with us, that the harder the conflict, the more glorious the triumph.  What we obtain too cheap, we esteem too lightly: it is dearness only that gives everything its value.  Heaven knows how to put a proper price upon its goods; and it would be strange indeed if so celestial an article as freedom should not be highly rated.”

So it is for us now, in the darkest of hours of internet freedom.  It will get darker before the dawn, but the light will finally break on the defense of 21st Century freedom.  As always, the power for change rests with the people.  The power rests with us.  Let us take comfort in that fact, and not shirk our duty to uphold our liberty.  Let us defend our freedom, online and in life.

Be sure to read Part 1 and Part 2 to this article series to get the WHOLE story!