On This Terrestrial Ball > Books > Book Review – Reasons to Believe (2007) 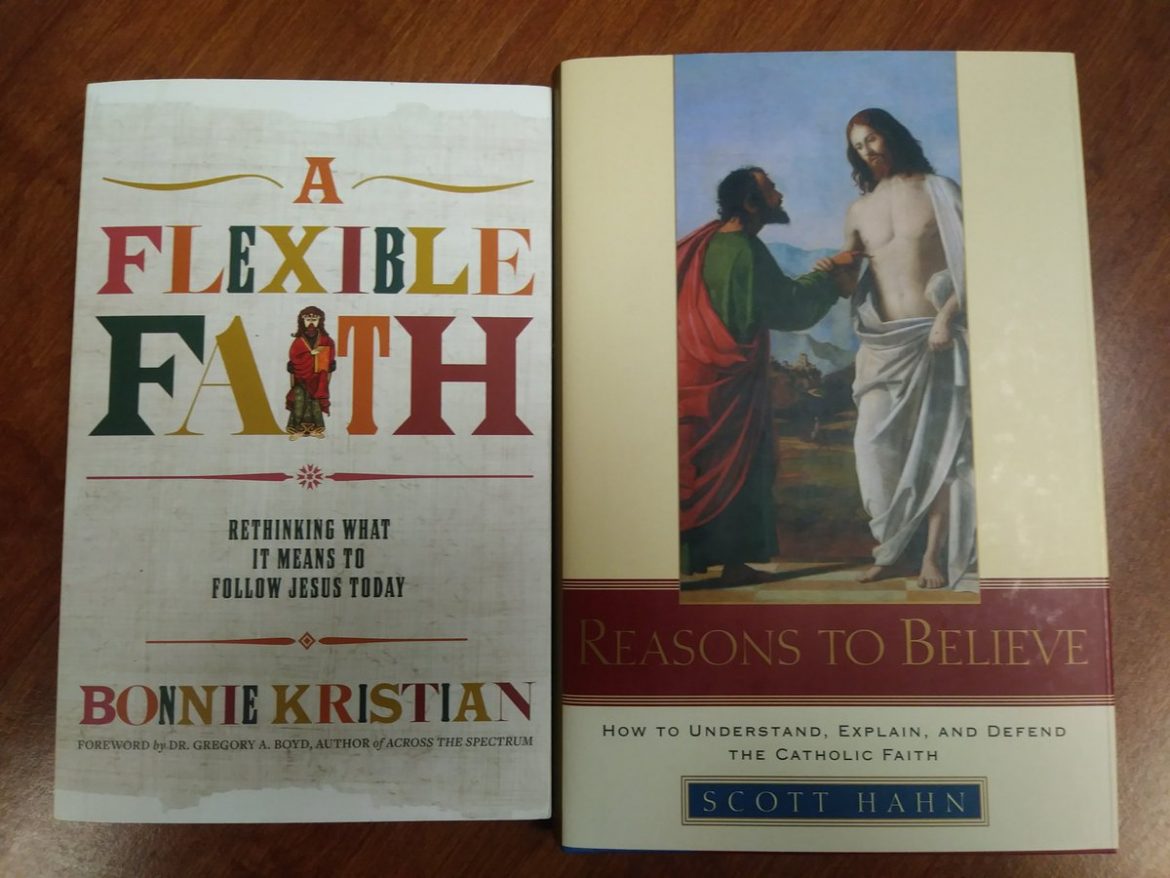 Faith and Reason are like two wings on which the human spirit rises to the contemplation of truth.
– Pope John Paul II (1998)

Why should Catholics believe what they believe? That is a question the great theologian Dr. Scott Hahn seeks to address in his work Reasons to Believe where he dives into the deeper reasons that Catholics should adhere to the core teachings proclaimed by the Roman Catholic Church. Through a calculated process of moving from proving God’s existence, to proving the truth of the Church’s teachings through the Scriptures, to proving that the royal kingdom prophesied in the Old Testament finds fulfillment in the Roman Catholic Church, Hahn leads his readers on a fascinating journey – a journey where they can discover Catholics have the best reasons in the world to believe that their faith is the one true faith established by Christ during His time on earth.

The theologically-based work has great benefit in the realm of ecumenical dialogue. It clearly and succinctly addresses some common objections raised to Christianity and Catholicism, and provides both the genesis of the objections, along with a step-by-step process answering them. The work goes above and beyond being a simple work of answering objections however, by diving deep into the historical, theological, and philosophical background of the Catholic answers to these objections. This practice has a two-fold benefit in providing answers, while also imparting a more well-rounded understanding of the deeper meanings behind the teachings.

The graduated structure of Hahn’s arguments in favor of first Christianity, and then the Catholic Church, is a well-organized ladder for his readers to work their way up. Most importantly, by beginning with arguments for God’s existence, Hahn addresses the first question which most Catholics and Christians have to confront today amongst an increasingly agnostic, atheistic, and relativistic world. This lays the groundwork for even non-Catholic Christians to start with an argument for God.

The main weakness of Hahn’s book is one which can be found in the works of many people of deep learning. Sometimes the depth to which he explores the answer to a question can lose the reader if the reader is not quite at the same depth of learning as he is. This is especially the case for Hahn later in the book when he explores the Catholic Church’s claim of descent from Christ and its fulfillment of the prophecies of the royal kingdom in scriptures. Hahn does try hard to explain these topics in laymen’s terms, but sometimes the subject matter is such that it is not possible without losing the true meanings of the teachings. Hahn’s efforts to bring these teachings down to a layman’s level however, is commendable and should be a challenge to those laypeople who read his works to enhance their own understanding of the Church in order to pull out the full beauty and meaning of the knowledge he seeks to impart to them.

The only other significant weakness in Hahn’s work is that with certain questions he tends to overdo his responses to certain questions by citing more examples to prove his point than might be necessary. This too can potentially lose certain readers who may wish for complete, but more fast-paced answers to some of the questions and arguments made. Again, Hahn’s efforts to try and be complete with his answers to the questions presented is very commendable, and many readers should recognize this and be patient in their reading when parsing through his teaching. However, some may not be able to stick through some of the long and detailed answers presented.

Finally, in Chapter 5 of Hahn’s work, The Limits of Reason, he delves into probably the most difficult part of convincing others of the truth of what is presented. The Question of Faith. It is a great challenge, especially for non-believers, to come to grips with those things which they cannot come to fully understand in the arena of reason. Hahn lays out a path by which others can come to persuade people to come to the point of taking that proverbial step called ‘the leap of faith’. However, Hahn himself admits that once we reach the area where reason can no longer advance, “(God) can certainly take it from there.” This, on its own, requires a step of faith for both believer and skeptic alike. Its result can go either way; however Hahn’s efforts to bring believer and skeptic to the point where they may take that step is probably one of the best ways one may reasonably expect, even if it may feel unsatisfying to some. In hindsight, however, if God had made all clear, then there would be no need for the theological virtue of Faith for those who believe.

Reasons to Believe is one of the greatest works of theology in laymen’s terms which this reviewer has read. The work demonstrates the truth, in both surface and depth, of the teachings of the Catholic Church in ways which Dr. Hahn has perfected in his years upon years of deep theological and philosophical study. It is certainly not a read which may be accomplished in one day, and may be even more beneficial when used in study groups to enhance individuals’ understanding of the Catholic Faith. All things said, however, this book may probably only rank second to the Catechism of the Catholic Church as a book which can help the rank-and-file Catholics in understanding the true meaning of what they believe.

Due to its ecumenical aspects in addressing objections to the Catholic Faith, Reasons to Believe is also a work which may prove of enormous benefit to those who engage in dialogue with others who do not share the Catholic Faith. It is the primary text which this reviewer would recommend for Catholics who have read the recent ecumenically-based work A Flexible Faith by Bonnie Kristian, as many (though not all) of the questions Kristian tackles in her book are addressed from the Catholic perspective in Reasons to Believe. By giving Catholics the deeper answers as well as the surface answers to questions or objections raised to Catholic teachings, Reasons to Believe can prove to be a work for promoting constructive, ecumenical dialogue among Christians, which may one day help lead to the end which Christ prayed for in John 17 when he asked His Father “that they may all be one.”

(This is the second review of a set of books the reviewer recommends as an ecumenical tandem to promote
constructive dialogue between Christians. You may find the reviewer’s coverage of the first book of this tandem here.)